Doug has always had an affinity for large vehicles. Growing up in rural Idaho and Washington, he got to drive agricultural and farm vehicles. Working for his father’s construction company, he also had a stint transporting, as well as operating, excavators and bulldozers. Although driving was never an official role of his enlisted military life, Doug was always first to volunteer when it came to moving the big communications vans or fuel tankers.

When he first started trucking it was pulling a dry van and reefer for a major carrier and within 6 months of driving, Doug became an owner operator. It was three years later that his younger brother convinced him he’d be much happier working as an owner-operator at the same small company as him. 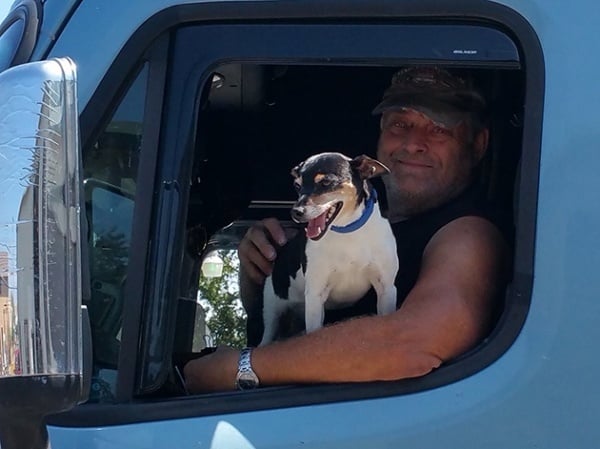 Hauling flatbed for Grub Hill Transport Inc., Doug now enjoys the luxury of picking the destinations he wants to deliver to. Spending 2 weeks out suits his semi-retired lifestyle. With his trusty road dog, Helen the Jack-Rat Terrier, they traverse the open roads in their 2008 Freightliner Cascadia. When ready for his return leg, he’s often free to find his own loads creating a circuitous route back to his home and family.

During a recent run, Doug was traveling through the southern states. Setting out from his home in Texas, he spent the first few days driving through Louisiana, Mississippi, and Alabama before ending up in Tennessee.

On day three, he was on the I-65 heading into Kentucky when he had to pull into the Mitchellville Weigh Station. After weighing in, an officer decided to give him Level II walk around inspection.

Since using the BigRoad Mobile App and BigRoad Web App, Doug’s been pulled into a Level II inspection in South Dakota and a Level III inspection in Maryland. On both of these occasions, the officers made a cursory glance at his logs but this occasion was different. During our conversation, Doug said of the young officer, “He was begging to find something wrong.”

“I was sweating bullets,” recounted Doug, “this guy went over them with a fine-tooth comb”.

Doug had just seen another driver get placed out of service for 10 hours for falsified logs. However, even under detailed scrutinization, his whole ordeal only lasted about 5 minutes with the officer reporting back they were one of cleanest logs he’d ever seen.

All told, Doug's inspection was just under 35 minutes and with the scale he was back on the road in just 40 minutes.

“With paper-logs inspections you could be stuck there for up to an hour” enthused Doug. If there’s one thing that’s remained a constant in his life, it’s his hatred of paperwork. Naturally he had enough of that in the military. 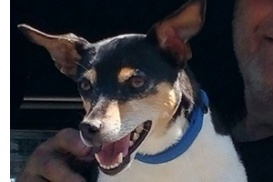 Somewhat of a Renaissance man, Doug holds a bachelor’s degree in business, a master’s in education as well as a couple of logistics certificates. Describing himself as equal parts spontaneous and disorganized, it’s easy to see why the open road appeals to him.

He’s never shied away from technology especially if it makes life on the road easier. His cab is set up as a wi-fi hotspot, “I once tried an electronic logging program on the laptop, but without GPS it was useless.”

BigRoad was a product he’d heard about from other drivers. However, one day while listening to the Dave Nemo Show, he decided to give it a try. During the show, Rick Gobbell of Gobbell Transportation Safety, had been talking about form and manner issues, how they caused the most hours of service violations and how electronic logs could eliminate them.

Doug immediately saw how the BigRoad Mobile App could make his logs easier so he also signed up for a free 30-day trial of the BigRoad Web App. It quickly became apparent BigRoad would help him run his business from his cab. Not only could he eliminate all form and manner issues, it would track his hours of service, keep him compliant, do his record keeping and best of all remove all that paperwork.

Doug hears a lot of murmuring from guys saying electronic logs hurt you because you can’t drive as much. “These guys run too hard,” he says adding  “I like to stick at around 60 mph for maximum fuel efficiency and to save money. At the end of the day, It’s up to me to make the customer happy. I’ve never been late running by the book,” Doug says. This is all part of his business model and suits him just fine.

So what else does Doug like about BigRoad compared to other solutions? “It does all the same things as Qualcomm but for a fraction of the price.” He also added “I can quickly see my graph and the clock counting down. And I like that you can see all your trucks on the dispatch side and the instant messaging. It takes a second to send my logs back to the lady at the office.”

Driving gives Doug a daily sense of accomplishment. He drops a load. Job done. On to the next one. Once his truck is paid off he plans to go fully independent. With the freedom of no one looking over his shoulder, the ever-changing scenery, and Helen at his side, Doug is a very contented man. “BigRoad just makes life easier,” concludes Doug.