It's All That and a Bag of Chips

For the last 20 or so years, Dave Meeker Auto has been hauling vehicles across the United States, providing auto manufacturers, auto dealers and used vehicle auctions with safe and dependable variable volume vehicle shipping.

President Kevin Andrews and his team don’t hesitate to rely on technology to keep their business running smoothly and their 20+ drivers on the road. The company has a variety of software and hardware systems in the office and in its vehicles to help streamline business processes such as dispatch, bill of lading and GPS tracking. But when it came to hours of service compliance, Dave Meeker Auto and its drivers were still tied to paper—until they discovered BigRoad’s electronic logging solution. 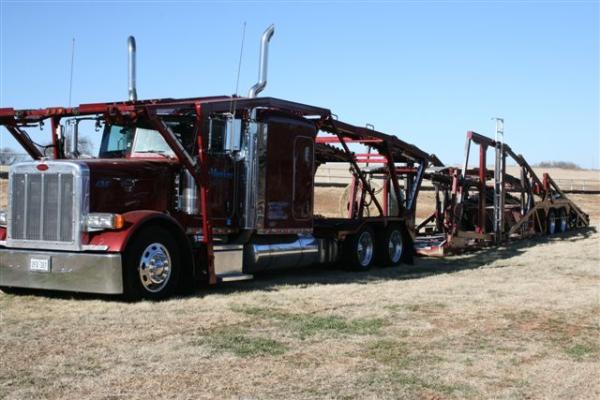 “Usually when new policies and procedures are created in a company, they are driven from the top down. But in this case, it was one of our drivers who introduced us to BigRoad,” says Tonya Clevenger, Dave Meeker Auto’s Transportation Compliance Coordinator. “He saw an article about the app in a magazine, had downloaded it and had been playing with it for a while. He was still filling out his paper logs as well, so we had no idea he was using the app.

“Our drivers are usually out on the road, so we don’t see them often. But this particular driver happened to be in the office having some work done on his truck and stopped in to see Kevin, to show him the app, saying it was the coolest thing ever. On the spot, Kevin asked if I could look into getting us an account. Literally within 10 minute of the conversation starting, I had us signed up for an account and the app installed on Kevin’s phone so he could try it out. It was a piece of cake.”

Rolling Out BigRoad to Drivers

After quickly determining BigRoad’s value to the company, Tonya set out to introduce the e-logging app to her drivers. “I went first to some of our more tech savvy guys. They are the ones who always respond to my email, and who I know have gadgets like tablets in their truck,” says Tonya. “They loved it.”

Within just six months, the entire team had been switched over to BigRoad, ready to say goodbye to paper logs. The BigRoad Mobile App’s value had become quickly apparent to Kevin, Tonya and the rest of the team. “So many of the errors we deal with in respect to paper logs are form and manner related—poor handwriting, missing paperwork and other small mistakes that easily creep in through manual documentation. With BigRoad, all those form and manner errors simply vanish, or are caught as soon as they occur so they can be corrected,” says Tonya.

To encourage drivers to adopt BigRoad, Dave Meeker Auto is shouldering the $15 per user cost for their drivers and office staff to use BigRoad. Even so, Tonya estimates the electronic logging solution is saving the company thousands of dollars a year.

“We used to have a part-time person—an entire position—devoted to monitoring our paper logs. All this person did was file and maintain the logs, reviewing them, looking for errors, and communicating those mistakes back to drivers. That position doesn’t exist anymore, and the resource has been shifted over to a new position,” explains Tonya. In addition to the headcount savings, Dave Meeker Auto no longer has the expense of purchasing paper logs, which Tonya says they used to buy “by the case,” and has saved further by avoiding mailing and FedEx costs. There’s also the additional time savings gained by having answers to all the little questions that typically would have taken her hours to find combing through paper logs.

Tonya now has near-instantaneous insight into every driver’s activities. “Drivers still FedEx us their paperwork at this point. So prior to BigRoad, it would be about a week to a week and a half before we’d get our hands on their logs. If I wanted to know what happened during that seven-day period, I would have to call the driver. I had no other way of finding out.”

“Now, I open BigRoad up in the morning when I come in, and keep it open all through the day. I’m always fielding different requests for information, and I usually find the answers I need in BigRoad.”

“Equally, when drivers use BigRoad, the app encourages them to do the right thing, record odometer readings, take their breaks. It’s like their silent partner encouraging them to adhere to good driving practices. And I can help them more. I can look at the BigRoad dashboard everyday to see if anyone has any form and manner errors. Sometimes, when drivers have hung up their hat for the day—in sleeper, or off duty, they may not have finished all their tasks. I can see that, and send them a reminder that they need to finish up their records in BigRoad. That kind of visibility is awesome. It encourages them to get into the habit of finishing the last task before starting a new one. In the world of paper logs, I would never have known until a week or two weeks later.”

Tonya relates a recent circumstance where accounting came to her with a reported discrepancy on a fuel bill between two drivers and asked her to figure it out. “All I had to do is look on BigRoad to see which of two drivers were in Iowa at that time yesterday and tadah! It took me about 30 seconds and a couple of clicks to find the answer and now I’m the hero.”

Solutions for Every Aspect of Your Business

Dave Meeker Auto uses every aspect of the BigRoad solution, leveraging it for dispatching, for IFTA reporting, for checking form and manner errors, and even verifying toll charges. Even the DOT is impressed. “We now have some DOT inspectors who see us roll up with the BigRoad sticker on our trucks and wave us along. They know we’re going to have clean records, ” says Tonya.

The company has even incorporated BigRoad into its hiring process. Prior to adopting the solution, they operated on the assumption that drivers understood paper logs and were adhering to good driver behaviors. Now, drivers get walked through the BigRoad installation process. If they are at all timid, there are other drivers more than willing to help them out, and BigRoad’s tech support team has proven to be more than responsive.

“In this day and age you get used to sitting on hold. Not BigRoad. You get a warm body every time, and their tech support folk have been honest, fast, helpful and super supportive. When I work with other software and other vendors I find myself wishing everything was a little more like BigRoad,” Tonya admits. “It’s a great program and I’m hooked. For $15 why wouldn’t you try it? The rate of return on investment is amazing. So how much do I love Big Road? I’d say this app is all that and a bag of chips!”